Participants in this half-day tutorial will:

This half-day tutorial will focus on the following content:

With the growth of virtual and augmented reality, this tutorial will allow virtual and augmented reality designers, developers, researchers, and other students and professionals to incorporate hand-based interaction techniques in a responsible way that ensures a good user experience. A focus is made on existing interaction techniques, but includes a discussion for designing new ones.

Target audience for this tutorial include traditional VR/AR/HCI/UI/UX designers, analysts, developers, usability professionals, visual and interaction designers, and other professionals in HCI who may know relatively little about virtual and augmented reality, specifically incorporating hand tracking and interaction techniques for these types of environments, who may want to or already would like to initiate work in this area. 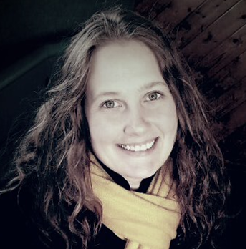 Amy Banić is an Associate Professor of Computer Science at the University of Wyoming (UWYO) and holds a joint appointment at the Idaho National Laboratory. Her research focus is 3D User Interfaces and Interaction Techniques for Virtual Environments, Immersive Visualizations, and Virtual Humans, with a primary focus on bimanual, collaborative, and multi-modal interaction. Learn more at www.AmyBanic.com.

Dr. Banić is the founder and director of the 3D Interaction and Agents (3DIA) research lab at UWYO. She also mentors the VR InnoVRtors student maker group at UWYO. Prior to her appointment at UWYO in 2010 held a Post-Doctoral Fellowship position in the Virtual Environments Group at Clemson University, School of Computing. in 2009, she received her Ph.D in 3D User Interfaces and Virtual Environments in 2008 as well as her M.S. in 2005 from the University of North Carolina at Charlotte. She received her B.S. in CS and B.A. in Studio Arts from Duquesne University in 2003.